A bright winter’s day on Sunday greeted the 24 players entered for the 2020 Club Triples competition. The draw had been made the day before, with first division players being seeded to make it a more inclusive event. The teams were: 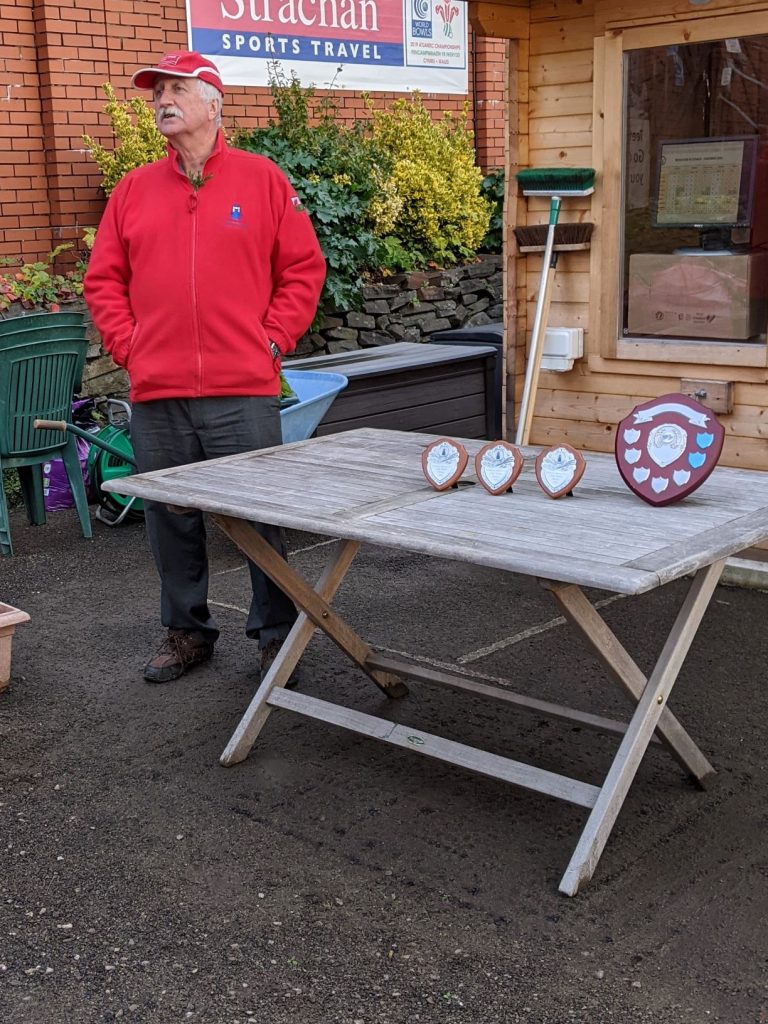 Play got under way and after the first round the four teams on one win were Vickie Adshead, Peter Kensett, Roger Green and Bernard Adshead with Peter Kensett leading the way on +6 points. So onto the second round and who could maintain the their winning ways? Peter and Vickie fell by the wayside leaving only Roger (+5) slightly ahead of Bernard (+4) on 2 wins each.

So the nail biting final round. Would one or both of the leaders fall at the last hurdle and perhaps leave the way open to another contender? Could Bernard better Roger’s score and pip him at the post? Would Vickie do Bernard a favour by beating Roger? All these questions and a myriad more in which nobody was really interested would soon be answered.

The competition was over and El Pres Mike Jones revealed that both teams on 2 wins had won their final games but the team out of the competition and not dancing again next week was (drum role) ………… Bernard, Ben and Melys (+9) meaning that Roger, Judith and Tony (+12) were declared the 2020 Club Triples Champions.

Well done to the Champions, thanks to all who took part and well done to Melys on second place in her first competition. 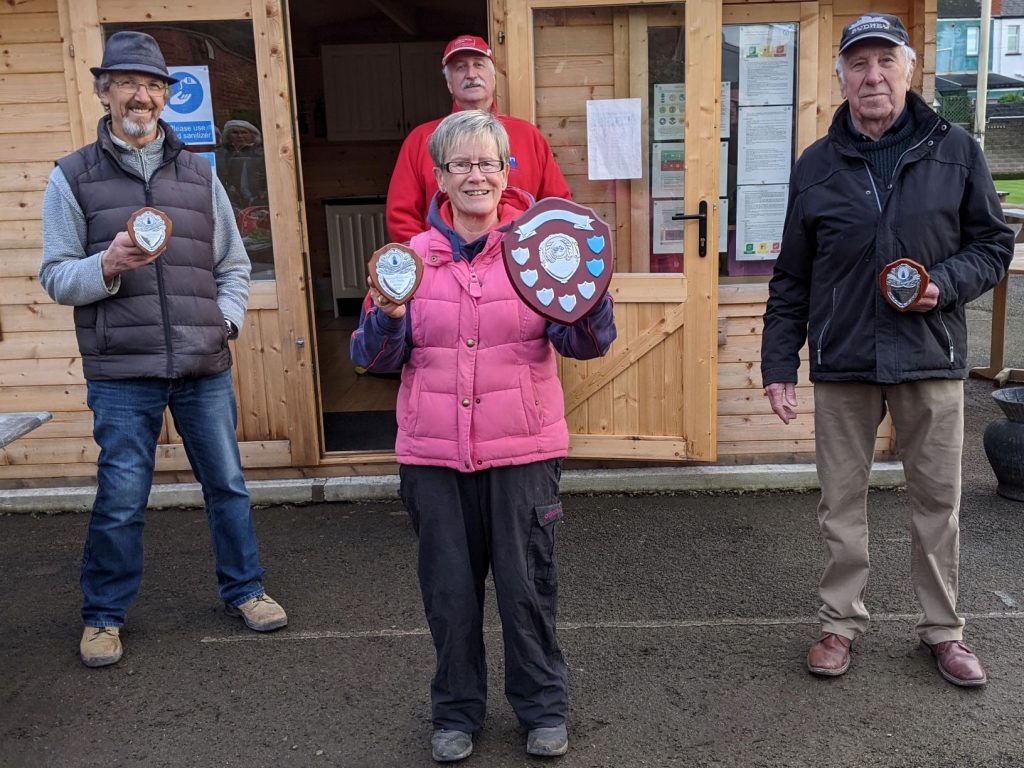 The Winning Team with their Trophies

Full results of the competition: 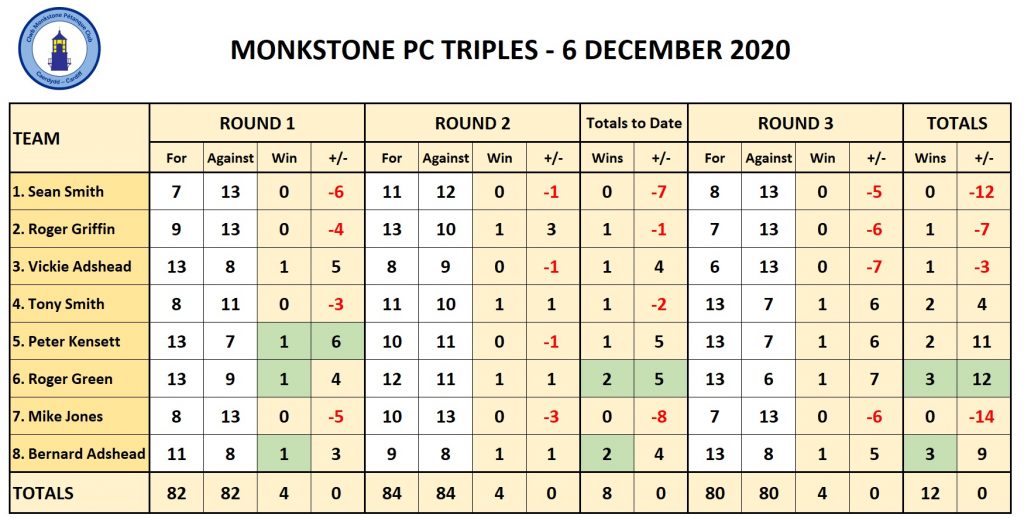