Yesterday, at Pontyclun PC, Gill Clark & Gill Greenwell returned a faultless 5 wins out of 5 to take the National title. Gill C had just completed her period of quarantine after returning from France and Gill G was competing in her first National competition having only taken up  petanque just over 12 months ago.

This was also the first time the two Gills had played together at this level and against such stiff competition, including a familiar pairing who would have been the bookmaker’s favourites.

So, on behalf of all our members, congratulations to the 2 Gills on a fantastic achievement. 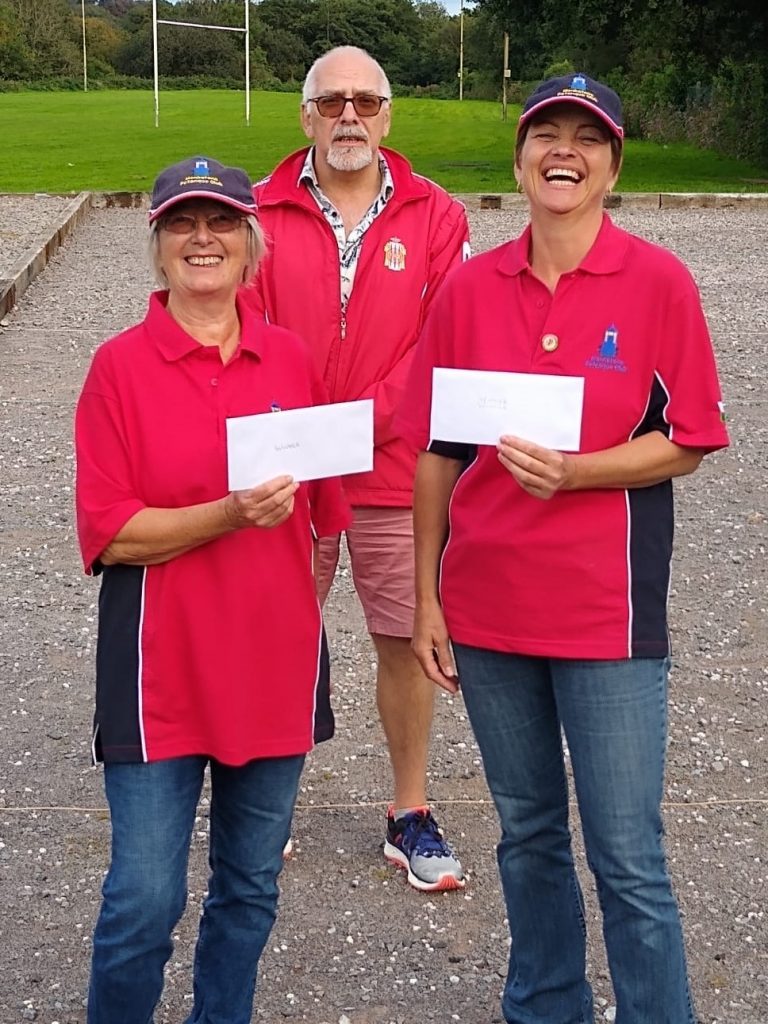