Last Sunday saw 16 members compete for the President’s Cup on a fine winter’s day. Three rounds in melee format were played and the competition was fierce for the first Club competition of the year.

After the 3 rounds were complete, only two competitors emerged with 3 wins each. After the results had been scrutinised and El Pres got his abacus out, it was confirmed that Keith Nott had a better points difference than Tony Smith and, to the tumultuous applause of the gathered crowd, Keith was declared the winner. 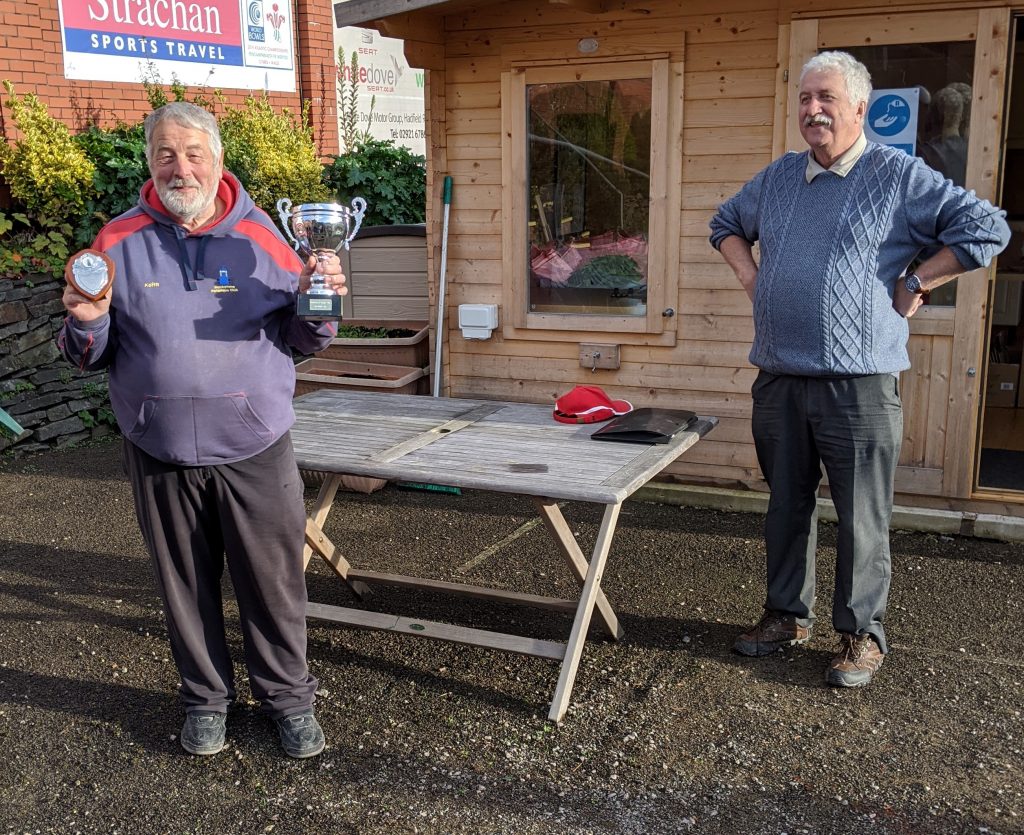